I was 14 the first time I went to the neighborhood drugstore to buy a pack of condoms.

In those days it took a lot of guts to walk into the drug store and ask for condoms because everyone knew everyone else.

Mary, the girl behind the counter, was almost 20 and knew what they were for.

She could see that I was really embarrassed because I turned red and started stuttering.

When Mary handed me the package and asked if I knew how to wear one, I said ‘No, not really.’

So she unwrapped the package, took one out, and slipped it over her thumb.  She cautioned me to make sure it was on tight and secure.

Mary could tell that I was still confused, so she looked all around the store to see if there were any other customers.

Then she said ‘Just a minute,’ and walked me into the storage room. Then Mary took off her blouse and bra and said ‘Do these excite you?’

Well, I was so dumb-struck that all I could do was stand there with my mouth open and nod my head.

Mary told me to put the condom on, and then she dropped her skirt, took off her panties and laid down on a desk.

‘Well, come on’, Mary said, ‘We don’t have much time.’ So I climbed on her and it felt so incredible that I couldn’t hold back and KAPOW,

I was done in less than a minute.

Mary looked at me with a big frown and said, ‘Did you put that condom on?’ she asked. I said, ‘sure did,’ and held up my thumb to show her.

Then she beat the shit out of me….

Women have always been hard for me to figure out. 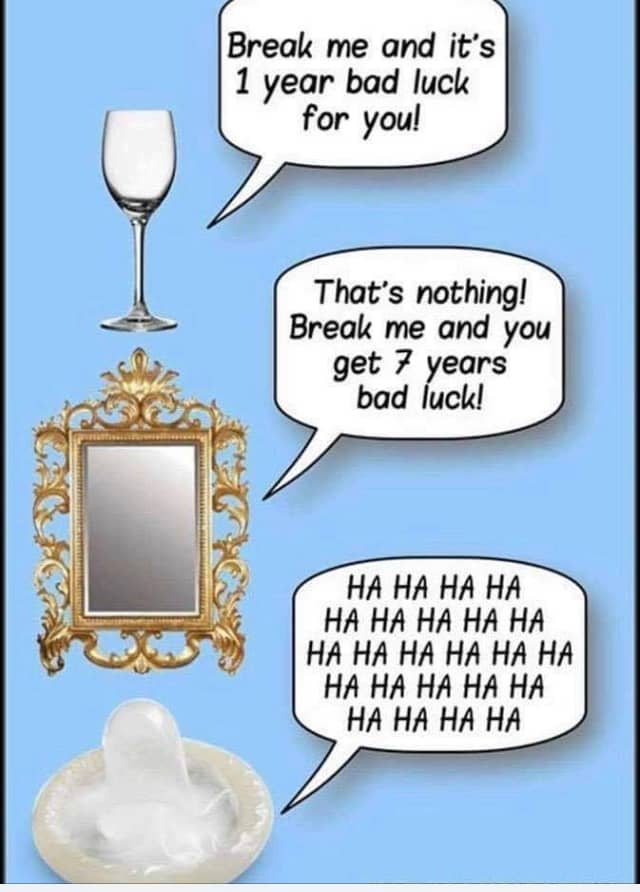