How to Fix Congress

By allforbabyboomers_i2m1l2 | September 4, 2019 | No Comments | Uncategorized

This is one idea that really should be passed around 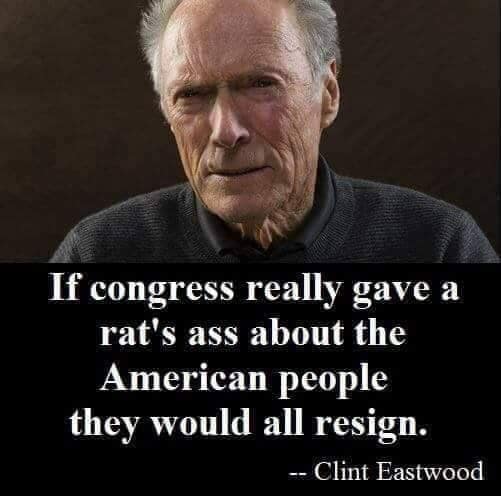 A Congressman/woman collects a salary while in office and receives no pay when they’re out of office.

3. Congress can purchase their own retirement plan, just as all Americans do.

4. Congress will no longer vote themselves a pay raise.Congressional pay will rise by the lower of CPI or 3%.

6. Congress must equally abide by all laws they impose on the American people.

Congressmen/women made all these contracts for themselves. Serving in Congress is an honor, not a career. The Founding Fathers envisioned citizen legislators, so ours should serve their term(s), then go home and back to work.

THIS IS HOW YOU FIX CONGRESS!