Maybe we can Defund Congress

The following was initially circulating in 2018 –
Maybe it’s time has come.

President Trump is against the “Congress Gravy Train!“
That is why so many of the Congress are retiring. They hope to freeze their retirement as it stands. This makes too much sense not to be passed on. At least we can make our wishes known and hope.
I’m with Trump on this one and always will be. Trump is asking everyone to forward this Email to a minimum of 20 people, and to ask each one of those to do likewise. In 3 days, most people in the United States will have the message. This is why the idea should be passed around, regardless of Political Party.

The Trump Rule’s Congressional Reform Act Of 2018:
1 – No Tenure / No Pension. A Congressman / Woman, collects a salary while in office and receives no pay when they’re out of office. No more perks go with them.
2 – Congressman / Woman ( past, present & future ) participate in social security. All funds in the Congressional Retirement Fund move to the Social Security System immediately. All future funds flow into the Social Security System, and Congress participates with the American People. It may not be used for any other purposes.
3 – Congress must purchase their own retirement plan, just as all Americans do.
4 – Congress will no longer vote themselves pay increases. Congressional pay will rise by the lower of CPI or 3%.
5 – Congress loses their current Healthcare System and participates in the same Healthcare System as the American people.
6 – Congress must equally abide by all the laws, they impose on the American people.
7 – All contracts with past and present Congressman / Woman are void. The American people did not make these contracts with Congressmen / Women. The Congress made all these contracts for themselves.
Serving in Congress is an honor, not a career. The Founding Fathers envisioned citizen legislators should serve their terms, then go home and go back to work, and not get all kinds of freebies!
No wonder they’re fighting everything Trump does! 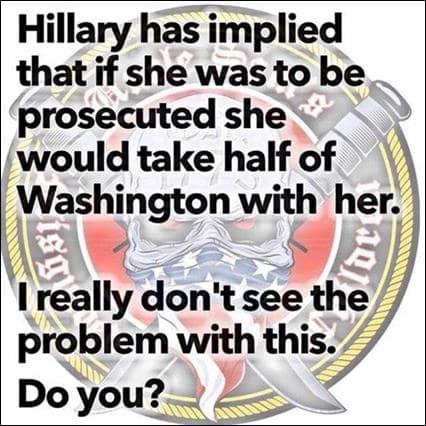